During the weekend of 12th april -14th of april Compagnie Collage vzw organizes a Mixed Reality Festival. The Festival is a variety of storytelling and mixed reality performances, workshops and talks with a focus on happiness in relation to identity, freedom and work.12 April 2019 The Festival is launched with the mixed media storytelling performance “What about Happiness!?”, created for the Festival by the artisit in residence. It is an experimental cohesion between mixed and virtual reality, music, journalism and storytelling.

Based on the stories of the book “Milk, honey, kerosene” by journalist Jan De Deken, visual artist Ignace Parmentier (Holodeck graphics), musician Steven De bruyn (The Rythm Junks) and storyteller Tom Van Outryve (Compagnie Collage vzw) will express an interreal world. Jan De Deken will also bring passages of his book during the performance. 13 April 2019, the festival will receive 4 professional storytellers, supported by 4 visual artists for a Labo in which they can experiment with their own stories and the mixed reality technology. They will work towards a evening-performance on the Festivalscene that night.14 April 2019, is in honor of the children.

They can participate to a mixed reality workshop, a philosophical workshop or storytelling introduction. Each day the program is closed by a debate where we focus on different theme’s, chosen by Journalist Jan De Deken. He is also the moderator and takes a moment to go in interaction with differents guestsand asks them about their perception on happiness. After the ‘interview’ he asks one of the guests to get on stage and perform in virtual space together with our House-performers.https://youtu.be/PhpONX4xQog 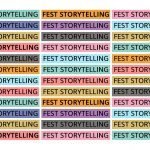 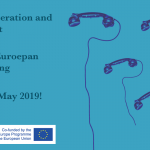